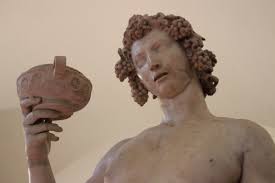 On 21 June, the German ship “Cap Anamur” sailed near Lampedusa, with a cargo of supplies for the hospital that the humanitarian organization that owns the vessel operates in Baghdad. He spotted a dinghy in the open sea with 37 people without water or food, the engine in a pan and a half-deflated air chamber. In accordance with the laws of the sea, and the traditions of the German NGO (which began its operations, many years ago, redeeming the “boat people” who fled Vietnam), Cap Anamur saved the shipwrecked, and assisted them on board diligently. He then communicated the situation to the nearest state, Italy, in order to hand over the shipwrecked to the authorities.

The response was shocking; Cap Anamur became the center of a successful military operation, with Italian ships, helicopters and aircraft. The captain was ordered to head to Malta, a distant country of the meeting point; the humanitarian gesture was paid for with threats, insults and rejections. The captain, with the support of the shipowners, refused to submit to bullying, and anchored the ship in international waters near Sicily.

Elias Berder, vice-president of the NGO, told a German radio station: “… we came to find ourselves in this situation without looking for it. Let us say that we are looking at the extent to which the Mediterranean, this border area, is militarised. This certainly struck us. We must realize that entire fleets are engaged here, including with the support of NATO… Their task is clearly – and also openly – to prevent illegal migration by sea, and at this point one wonders how the military navies intend to do this.”

After 22 days of tug-of-war, the humanitarian ship was allowed to land at Porto Empedocle. The castaways were locked up “to be deported,” as the prefect declared before even examining their requests for political asylum. 36 of them claimed to be from Darfur sudan, a region where Islamic fundamentalists systematically massacre the black Christian population. Minister Pisanu peremptorily claimed that the refugees lied, despite the fact that the Comboni missionary Cosimo Spadavecchia, who worked for 18 years in Sudan, had declared after speaking with some of them: “Many are from the Darfur area… I recognized the typical Sudanese origin”.But the Viminal had its source: an official of the Sudanese Embassy, that is, of the islamic fundamentalists themselves massacred.

The most grotesque part of history, however, was the fate of the humanitarian ship. The crew was led to disembark with deception, and three of them, the commander, the first officer and the vice-president of the German NGO were arrested on charges of being “human traffickers”! We can see what the repressive rule of Bossi-Fini is for: not only and not so much to combat infamous trade, but to infame and frighten humanitarian organisations that take solidarity and morals seriously.

· Refugees in Italy
· UNCHR (United Nations High Commissioner for Refugees) criticises the handling of asylum applications in the Cap Anamur case
· The position of ASGI (Association of Legal Studies on Immigration) on the
By clicking on the “News” button at the top left you can see a list of the latest materials embedded in the database, with the date of incorporation.
By clicking on the camel at the top right you will find a reasoned thematic index of the contents of the database.
You can also search for the words on the document sheets (top left)
And finally it can use a geographical criterion, for Italian regions and for countries of the world.
If you want to know who we are at Oasi, click the button “The Oasis Network”, and our logo in the top left.