On the Same Boat

On the Same Boat 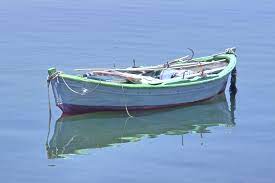 A look at immigrant associations

The debate on the right to vote for immigrants recalls the question, certainly not new, of the politics of recognition based on rights and participation which, according to many observers, should characterize a society that declares itself to be democratic.
On the other hand, this would contribute to overcoming the conception of the immigrant as an individual in a condition of need, in favor of the idea of ​​a common sharing between immigrants and natives of a common territory, services, workplaces, spaces for political participation and institutions. .
In any case, granting immigrants the right to vote raises, in the short term, the problem of their representativeness.
Can immigrant associations constitute a place for participation and sharing of ideas and requests?
Strong doubts in this sense have been advanced by the sociologist Adel Jabbar, who observes that foreign associations have “played a role of containment” of participation, proposing to go beyond these forms.
It is true that by now in our country the immigrant associations have a history and a tradition that places them as a link between individuals and the host society. Think, for example, of how important this has been in relations with local political institutions when decisions on immigration have to be made.
With respect to these issues, it was decided to propose examples of research conducted at the local level on foreign associations. And in particular, in two contexts which, in our opinion, seem to be emblematic.
The first represents the case of Reggio Emilia, where in 2002 a Center for the development of intercultural relations called “Mondinsieme” was born, and which among its main purposes is precisely that of activating a network that brings together the associations of immigrants. with local services, voluntary work and individual citizens, to encourage inclusion processes and avoid the risk of marginalization.
The report on the Associations shows a picture of the reality of local foreign associations, also highlighting how these have been structured over time also due to the dynamics of migratory flows.

· The associations of immigrants in Reggio Emilia. 2003 Report.

The second case we have chosen is that relating to the area of ​​Florence and Prato, which are distinguished by a particular incidence of the foreign population on the total population.

· The association of foreigners in the Florentine and Prato area.

To understand how these two cases can provide interesting insights for a general debate on representativeness, we finally offer a comment by Giovanni Mottura, who has been conducting research on immigrants in Italy for years, it is a note on how the associations of immigrants and their role above all in relation to the dynamics of migratory flows.