Will We Make It This Time?

Will We Make It This Time? 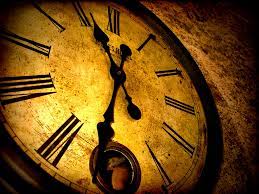 The right to vote for immigrants in local authorities was promised and then withdrawn for reasons of expediency by the center-left. Now he should have the necessary votes in Parliament: the proposal comes from the National Alliance, a political force not suspicious of left-wing extremism. Those involved in immigration know that the administrative right to vote, active and passive, is a very important step in overcoming the obstacles to integration. Local politicians will have to consider immigrants, not as a weak category, but as possible voters, capable of rewarding and punishing their policies. Perhaps a group of politicians with residence permits will develop, sensitive to the problems of immigrants, attracted by the various political forces.

The National Alliance project has a moot point, which is the condition of demonstrating “that you have sufficient income for your own and family members” to gain access to the right. It introduces an archaic census vote and creates a double track of citizenship, because the requirement is no longer required of Italians. It is also completely subjective and discretionary: who determines how many euros are needed? In reality, the availability of a residence permit “with an indefinite number of renewals” is in itself a guarantee in this sense; the Police Headquarters is certainly not tender.