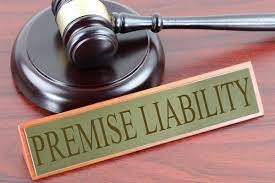 The local labour markets in Emilia Romagna are, to different degrees, characterized by the gap between labour supply and demand in terms of both quality and quantity. Immigration is therefore an important instrument for maintaining economic development. Training policies are one of the main levers on which to govern and make compatible phenomena which will increase.

In order for this practice to take root, however, it needs a strong commitment from the local community, trade associations, trade unions and immigrant associations. In addition, there is a need for system figures, such as educational and corporate tutors, capable of supporting this process.

The Emilia-Romagna Region has long been characterized on the national scene for the recognition of the social and economic role of immigrant citizens. However, there are still great difficulties in their occupational integration, despite the widespread awareness that they are a chance for our system. The project wanted to use training policies and labour policies as one of the poles on which to leverage to increase the conveniences of the production system towards the use of immigrant skills. The idea is to make the best use of their working experiences that are establishing themselves as a tool for the flexibility of training and work, to allow direct contact between company and immigrant.

the project has pursued the objectives of:

The information system is configured as a website able to publish online the vademecum on w.e. and guidance/accompaniment services. The site contains, among other things, a database on immigrant training courses, information desks and services for immigrants. The site was built from the information provided by the members of the “Network of promoters of w.e. and bodies that support immigrant citizens.” In order to enhance and consolidate the network, guidance and accompanying actions have been taken care of. Information initiatives have also been organized on the site, dedicated in particular to the “Tutors’ Club” and to immigration operators.

In the course of the research, an attempt was first made to investigate how, until now, the w.e. have affected immigrant citizens. To this end, 15 provincial and/or regional officials were interviewed during the background survey, 60 companies that hosted w.e. for non-EU immigrant citizens, 30 young people and adults from outside the Eu ropean Union who have made w.e.

In the field survey, two types of e.m. were concentrated: internships organized as part of training activities and information desks. This choice was made because, during the background survey, it was found that the other types of w.e. minimally involve foreign immigrants.

It is very clear from the research that the efforts made so far in the area of research services have been made in the field of research services. have not yet developed adequate and satisfactory service models and procedures. The vademecum has the task of indicating step by step potential and criticality of the different operational phases of the main forms of w.e.: the construction of territorial branches and the promotion of integration programs through training courses with internships or internships. The vade-mecum is organized by groups of separate cards depending on the reference (to the demand or supply of work) and depending on the type of service offered (counter or course/internship/internship). From the point of view of the operator or designer of these services, the vade-mecum addresses all the crucial junctions for the construction of an effective mechanism for linking labour supply and demand. For each card is provided a brief discussion of the objectives, problems common to all w.e. services. and the specific problems of the different types of service offered.