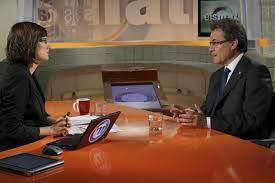 Seen in a European and national context in which structural and mass unemployment (and the difficulty of this phenomenon to subside appreciable even in the face of constant economic growth and an assessable condition of prosperity for small sections of the population) presents itself as one of the dramatic fundamental problems, Emilia Romagna appears – reading the data on unemployment and activity rates – as one of the distinctly out-of-the-norm areas. : In order to limit ourselves to Italy, with an activity rate and a national unemployment rate of 47.9 and 11.4, this region recorded values of 52.4 and 4.6 in the year 2000. These figures, which appear to be significantly linked, on the one hand, to the achievement of a female activity test which is closer to those of other Northern European countries than to the Italian one; On the other hand, they constitute a situation in which unemployment levels are very close to those considered to be frictional.

Other considerations – proceeding schematically – can be pointed out.

Turning to the demographic picture of the region, it can then be interesting to record – always very quickly – that according to the estimates prepared by the University of Pisa and the Demographic Observatory of the region (prudential, according to the authors themselves) it is estimated at about 800,000 units (-22%) the decline in the indigenous regional population during the first 25 years of the new millennium, in the case of constant fertility, mortality and migration: this would lead – according to the same sources – to the entry of about 700,000 immigrants (from other regions and/or countries), which would therefore reach, at the end of this period, a threshold of attendance equal to just under 20% of the total regional population.

These brief considerations make it possible to see with brief approximation the structural framework within which the flows of immigration which have affected the region have been incorporated with a strong growth over the past decade, and whose increase to date does not seem to be being pushed down. This seems to be confirmed by the changes which, in particular, have taken place over the last 7 years in the composition and landing destinations of these flows (in other words, in their gradual change – increasingly – into attendance stocks: about 100,000 people already resident in municipalities in the region).

Two elements appear to be particularly significant in this respect.

On the one hand, the steady increase in stable labour placements of foreign workers in manufacturing and service enterprises, but also the increasing use of this labour force by equally important sectors, such as agriculture and construction (whose apparent lower participation in the phenomenon is probably to a considerable extent an effect of the increased spread of undeclared work in them). This has gradually highlighted the importance of this supply area in relation to a demand for labour which in many sectors of production and services (including domestic and personal care activities) is likely to remain unfulfilled due both to the demographic trends mentioned above and to phenomena related to the segmentation of the regional and national labour market. Incidentally, it should also be remembered that the number of companies of various kinds, with foreign owners and/or members, is constantly growing, making clear the presence of a non-residual component of immigrants (some of whom are now employees) whose projects and strategies envisage some kind of self-employment in the future: on the basis of the lists provided by the chambers of commerce in the region, the current number of such enterprises can be estimated at more than 18,000.

The second point that should be recalled is the growth of family reunification, which, especially since the second half of the past decade, has particularly affected areas where the functionality of the labour supply represented by migrants has been most clearly highlighted. Without considering here many important aspects of the related issues, it is useful to highlight 3 of them, which are relevant to the specific theme of this report:
– firstly, the fact that reunions take place and increase in number is in itself an eloquent indicator of job consolidation processes;
– secondly, the increased presence of children as a result adds a new chapter – to a large extent still little explored – to training issues, a chapter which is in many ways different from that for current first-generation immigrant adults;
– thirdly, much research shows that the difficulty of finding a home adapted to the needs of the reunited unit can also have repercussions both on the working performance of the subjects and on their orientations relating to the workplace and/or training.

Identifying family insertions and reunions as phenomena that characterize – within the dynamic structural framework of which the contours have been sketched out – a turning point in the migratory processes affecting the region, and as indicators with respect to the salient characteristics that they have been assuming, does not, however, amount to the claim that they are sufficient to guarantee unilinged features of the trajectories of integration of new citizens into the social and territorial contexts of landing. To influence the paths, modalities and rhythms of these trajectories, in the different phases in which they are articulated, a multiplicity of social, institutional and cultural factors intervenes; they refer to a large extent to the quantity and quality of resources that the contexts in question are able to allocate (or willing) to allocate to the implementation of initiatives aimed, at different levels, at speeding up in every aspect the processes of insertion of newcomers and to guarantee courses as “physiological” as possible (1).
The research of which the results refer in this report has been proposed to take stock of the state of maturation achieved in Emilia Romagna by the initiatives relating to one of these aspects, the importance of which appears not negligible in the light of the trends characterizing the regional labour market; in the conviction that the maturation phase now begun – with regard to the roles that immigration plays (and can play) in the development of this economy and this social fabric – requires to devote increasing attention and care to the production of elements of knowledge capable of feeding and promoting the elaboration, development and refinement, through concrete operational experiences , intervention instruments.