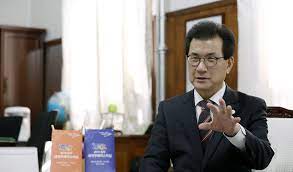 There are a total of 56 interviews with companies. The companies were first identified on the basis of information provided by Employment Centres, trade union confederations offices, training bodies. Since it has been found in several cases that the companies found in this way did not appear to have been the scene of work experiences by foreigners (although they too, in most cases, have foreign employees, hired in other ways), or were not willing to give interviews on the subject, it was necessary to resort also to informal channels (acquaintances, indications provided by companies interviewed , etc.).
The range of sectors of activity and sectors represented includes, engineering, commercial distribution, electromechanical, service, hotel, construction, agricultural, gardening and environmental maintenance, cleaning, transport, food, wood. A vocational training company and two temporary employment agencies were also interviewed.
The proportion in which the different sectors and sectors contribute to the composition of all the firms surveyed is , of course, given the above-mentioned methods of finding them, entirely random.

TABLE 1: Number and type of activity of the firms surveyed

As will be observed in more detailed terms by analysing the interviews, moreover, as far as it can be obtained from this sample, the sector element to which it belongs does not seem to determine on its own the important differences between the assessments expressed by the companies in relation to the experiences in question, both relating to relations with the counters and relating to the internships in the company.
On the other hand, some influence seems to have a joint consideration of the sector and the company dimension, but at this stage of the survey these are, as we will see, hypotheses that could be translated into observations based only through an ad hoc study, working on a sample including, to appropriate proportions, also all the size classes present in the territories under consideration.
These characteristics are not presented by all the firms surveyed; nor – as mentioned – as a composition by sector (not all those present in the areas on which the survey has been focused) nor in terms of company size are represented. Only one company (industrial cleaning) is over 1,000; two with 450 employees (one transport and one of services to people); two with 250 employees (metalworkers); three with about 100 employees (two metalworkers and one commercial distribution). All the others are below 50, with a cut that varies from 2 to 46. In addition, a number of interviews do not provide this data, which in most cases is not due to interviewer errors, but to the respondent’s reticence or inaccuracies (1).

As already mentioned, the interviews we are talking about can be divided into two groups:
• those to firms which turned out to be using a counter to find at least part of the foreign labour they required;
• and those for firms which were found to have temporarily employed foreign workers as interns at the end of more or less long periods of training.

The first group shows the whole range of activities listed in Table 1, with the only exceptions being wood and furniture and food and processing of agricultural products; the second group, on the other hand, is much more polarized: out of 28 interviews, 16 concern metalworking or electromechanical enterprises, 5 commercial distribution and 3 personal service companies.
This distribution, although it has been mentioned several times , the result of information that has often proved to be inaccurate, is not the result of pure randomness. In this respect, a brief digression seems appropriate. It is true, in fact, that the regional landscape, with regard to the dissemination and frequency of work experiences in the full sense of the term – that is, as a coordinated set of actions aimed at providing the labour market with the required labour force by taking care of its training or certifying its skills, facilitating entry and insertion, monitoring its initial course – has not been found, to the test of the facts very rich. Above all, it is proven that to date, particularly in areas where supply shortages trigger immigration flows that appear to be far from exhausted, the vast majority of start-ups to work take place informally. As mentioned above, citing the results of another regional research, out of 1,500 employed immigrant workers interviewed during 2000, 85% said they had found work by showing up directly at the company or through foreign friends and acquaintances.

On the other hand, confirming that not only the delays, the poor development and the regulatory and organisational shortcomings of public initiative in this area (which have been mentioned) contribute to this, but also to a large extent the evaluations and behaviour of companies, it is possible to quote statements from the same interviews we have carried out and from the attached comments of the interviewers.
The interviewer in the Piacentina and Reggiana area is included in the final report:

“The work experiences for non-EU immigrants carried out through structured and official “counters” turn out to be only those promoted by the Employment Centre. There are, of course, other sources of information and/or liaison (often much more effective than the former, even if in the “public” version they are not much more effective). I am thinking, for example, of the services provided by trade associations, voluntary listening centres, the CGIL immigrant office and Anolf-CISL, which in fact function as very effective tam-tams. Not to mention the “word of word” between compatriots, which seems the preferred form not only for immigrants (who have very little confidence in Italian public services) but for the companies themselves, because it offers greater guarantees of seriousness”.

Similarly, the interviewer from the Romagna area writes:
“The companies surveyed do not seem to take this type of service seriously and [lo sportello N.D.R.]think that it will not change the way they hire: the personal one or through word of speech. (…) I noticed that most of the other employees (including foreigners) had found work by showing up in person with an interview or through the recommendation of a friend of theirs. Companies prefer, not least because they sometimes consider people who ask for help at wandering or dangerous counters (…)”.
Here the reference (made explicit in the continuation of the local report) is to the “risks of dispute” that may exist if you turn to a trade union counter.
In this regard, says a farmer from Romagna interviewed: “That person I had h[un lavoratore senegalese N.D.R.]ired gave me problems. He knew the law very well and you know here you don’t always look at the clock”.”
But beyond the “negative” reasons, there are also the “positive” ones that lead companies to prefer word-switching: they are those implicit in the expression “greater guarantees of seriousness” that closes a previous quote. In particular, personal, direct relationships and the need to “be able to trust” are of decisive importance in small enterprises; using a foreign worker already “experienced” as a filter for the integration of other foreigners seems to offer a double guarantee: it is thought that he will not only choose “someone who does not disfigure him in front of his superiors”, but who even after entry will continue – for the same reason – to exercise some control over him and will act as a means in case of problems or misunderstandings.

The purpose of this digression was to underline that the current apparent deregulation which seems to characterise to a large extent the mechanisms for immigrants entering the labour market and their insertion into companies, if observed more closely, reveals aspects of “rationality” which – while highlighting the need and urgency of more incisive and appropriate actions by the public administration, and in this case by its local bodies – precisely for the purpose of a correct approach to such actions – cannot be ignored or ignored. nor are they considered to be residual aspects which are destined to be spontaneously exhausted, or judged solely on the questionable aspects which they actually present.

Taking up the thread of the speech: it was said above that it does not seem pure chance that the clear majority of the companies interviewed who hosted work experiences in the form of temporary placements of interns are composed of metalworking, commercial and people services companies.
The most obvious explanations for this statement are, in general, that these are the sectors that have been absorbing immigrant labour for the most time, and – specifically in our research – in addition to being among the most represented in the sample, they are also among those that include larger companies.
This set of circumstances seems to legitimise ( albeit with the caution repeatedly expressed on the relative smallness of the sample) an interesting hypothesis is for an assessment of the future operational prospects of the problem we are dealing with.
It seems possible to think of the two groups of interviews with companies as significant even of two different stages of elaboration and maturation, with regard to the issues related to the insertion (all now recognized as an inevitable solution) of foreign workers.

If we were to be extreme, there would be companies (mainly small or very small) from which the problem is still perceived as a question of greater or lesser reliability of existing branches, with a view which, for the most part, seems to be that of the continuity of “traditional” procedures and practices of relations with the labour market, and which implies little awareness (if not in terms of mostly stereotypical generalizations). , or more or less moralizing judgments on individuals of which there is direct experience) of the “objective” differences related to the status of migrant foreigner. A particular example of this way of conceiving problems is that of the craftsman who complains: “It has always happened that most of the young people I hired, once I learned the trade well or badly, left where they thought they were working less and earning more. But thes[gli immigrati N.D.R.]e are even less reliable: overnight, for a few thousand more lire, they disappear without even warning. Turning to a counter would be useful if I could solve this problem, because I take care of relationships in the company”.

The second group, the one interviewed on the experiences of internships, would instead include companies from which not only the inevitability of having to hire foreigners in proportionally increasing quantities is acquired, but there is already an awareness of the relational and managerial problems associated with this ( albeit to different degrees of maturation and practical experience, as will be seen).
These companies have also been used and are still using some counters (there is the impression, however, that they prefer, if necessary, the “private” ones or temporary employment agencies, if not direct recruitment, as has been said), but their main concern seems rather to be – whatever form of integration of the worker – to ensure that time is available and the methods of control necessary to test in practice, on the one hand, the professional skills already held and, on the other hand, the skills and commitment at work, with a view to permanent recruitment.
With this in mind, there have been cases of companies helping new recruits to find a home, or operating special conditions for foreign employees regarding – for example – holidays, differentiated menus in company canteens, special hours to coincide with certain periods (e.g. Ramadan).
Taking into account the picture thus outlined in general terms, we therefore consider in more detail the results of the two groups of interviews with companies.