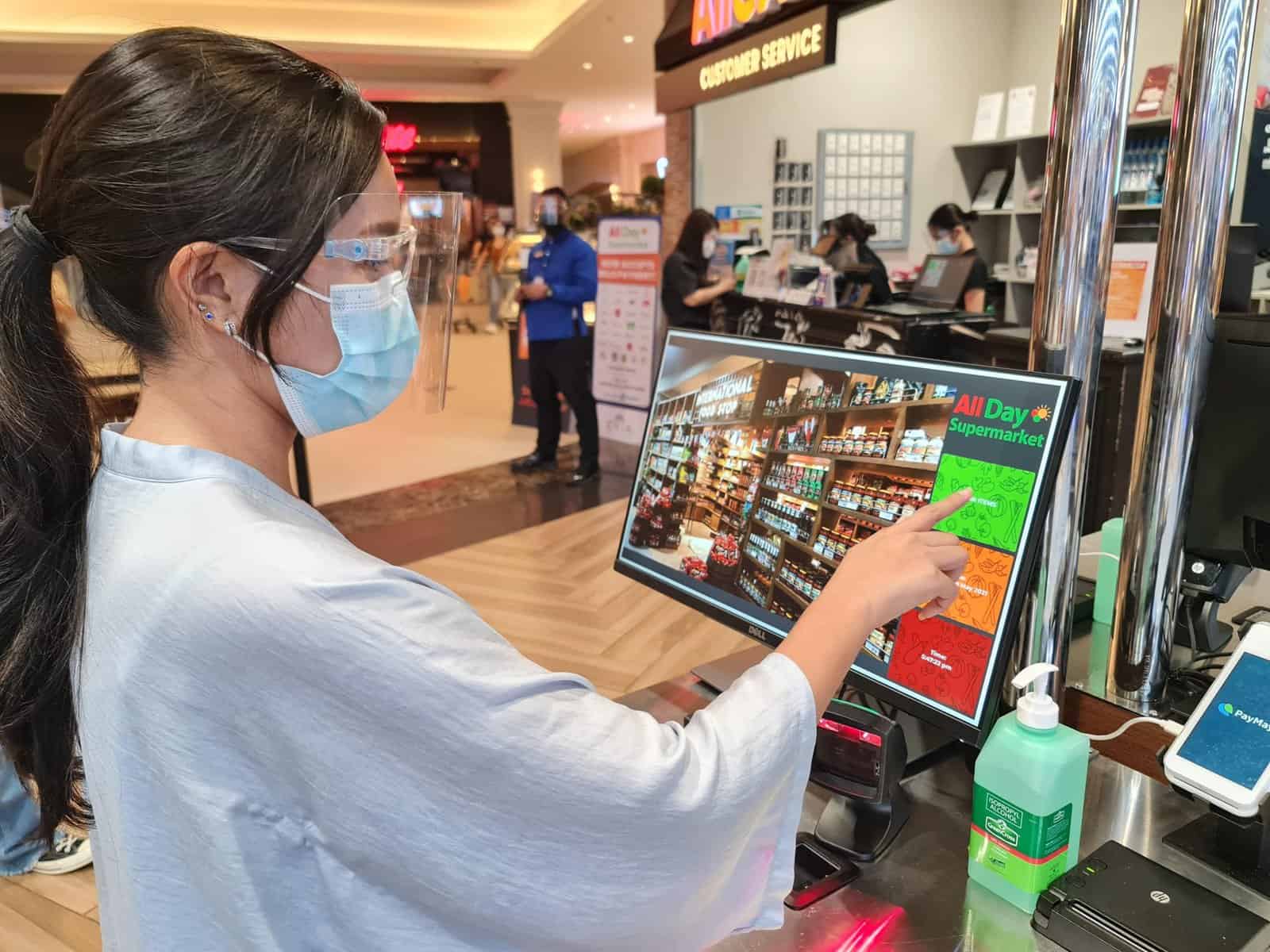 Without prejudice to the considerations set out on the common characteristics that emerge from this group of interviews with companies, it is nevertheless possible to detect some differences between the results that concern respectively the Emilian and romagna focused areas.

Firstly, although in all cases, for the purposes of finding the companies to be contacted, it was important to use informal channels, in the Romagna area this proved to be the only viable way given the practically disappointing results of the contacts made at institutional level.
To confirm this, the interviewer who dealt with this area reports that the most well-known counters are: “that of the Employment Center of Ravenna, where, however, the activities that are prevailing – according to the statement of the manager – are aimed at the training internship (…) and the choice that has been made is not to give extra-Community access to these services; and those of the trade unions.” Looking better – continues the interviewer – “it turns out that in the province there are dozens of branches aimed at foreigners, but they are not connected to each other, and so hundreds of information must be dispersed that would be useful to both workers and companies”.
Institutional framework equally discouraging is that found in the territory of Forlì-Cesena, where a head of the Vocational Training Office of the Province argues: “non-Community students do not respond positively to courses[in realtà a tutt’oggi risulta esserne stato attivato soltanto uno, per loro. N.D.R.] (…) because they refuse to take courses that lead them to do labor work”, echoes a manager of the coordination of the employment centers of the Province, who declares that there is “a lot of confusion (…). But there is no specific project for non-Community countries (…) and the Employment Centres located in Forlì and Cesena, and soon also Svignano, are in a transitional phase for now”.

In a panorama of this type (where the relatively larger centre of initiative seems to be the Mappamondo association, which among the activities declares 4 branches for foreigners in Ravenna, Cesena, Imola and Bentivoglio, and collaborations with vocational training bodies) it is not surprising that interviews with local companies give predominantly negative opinions on the experiences of recourse to counters, such as: “There is no commitment on their part to give in-depth information on the workers who apply. In most cases they only provide lists that include all workers, even non-foreigners”.
“The information gathered from these counters is superficial. It happens that workers do not know how to do the work reported in the fact sheet”.
“They do not ask for information of any kind and at the same time there are no more contacts between the company and the counter. So it will never be known whether the worker has been hired or not. There is a lack of cross-checks.”
“Many foreign workers do not even know the existence of those services; indeed, if they need information, for example legal information, they often turn to the secretary of the company where they work, sometimes wasting their time”.

In addition to the negative notations of this kind, there are those – to which reference has already been made – which arise from mistrust of the “complications” that can be incurd if one turns to a trade union counter. Two examples.
“I am still afraid to look for them through the counter” (farmer of Igea Marina).
“The company prefers to use other types of research: in the newspaper or with word of word. He considers it safer” (restaurant in Rimini).
The “fear” that a number of respondents say must be really strong if – as is still apparent from a note from the interviewer – some of them even go so far as to “identify the “work desk” (of the Employment Centre) as the “work room counter”, while that of the CGIL Service Centre is called the “trade union counter”.
Of course, in Romagna too, there are not entirely absent companies that make positive judgments about the experiences of recruitment over a counter, or that express negative opinions in some respects but positive for others. Two examples.
“The experience was good. They sent me a young Somali who was sick where he was before, and now I hired him and I’m satisfied. But they should give much more information about the workers, because I would look for other workers” (engineering industry of Sant’Arcangelo).
“The activity of the counter seems to me to be positive. I hired the girl they sent me, even if she didn’t know everything that was on the written sheet, because it’s willing” (hotelier of Rimini).
Even in cases such as these, however, it is not infrequently a recurring report of the lack or not entirely satisfactory reliability with regard to the professional skills of the start-ups; this problem is that only a few of the firms interviewed seem willing to face by taking on the task of training the worker in question (or completing his training), and – even in these few cases – only on condition that he is a “willing” person. My final point is that all cases of positive or, in any case, not very negative assessment concern trade union or private social centres.

A markedly different climate emerged from the talks on part of the two Emilian areas where the survey took place. In general, two factors seem to contribute to this:
1.the active presence of some “high points” of elaboration and institutional initiative in the field of immigration, especially in the provinces of Reggio Emilia, Modena and Parma, to which most of the extensive excerpts of interviews with officials reported in the chapter dedicated to the first phase of research refer;
2. and a very structured and active network of initiative centres set up and supported by the social private sector, trade unions and third sectors, vocational training bodies.

It should be pointed out that the territorial framework of the areas in question is characterised not only by the presence of these two groups of actors, but also by the cooperation relationships established between them for the development of appropriate procedures and methodologies for integrated intervention in the field of migration. In Piacentino and Ferrarese, on the other hand, the situation, from an institutional point of view, was much less dynamic. In the first case, in particular, the only initiative centre that appears to operate at full speed over the course of the problems that define the situation of immigrants is the “Immigrant Center”, a self-funded organization supported by the voluntary work of operators, technicians, doctors, teachers and trainees of the course for cultural mediators activated by the Catholic University. Regarding the specific theme of this research, the religious responsible for the Center, after clarifying what consists of what it defines as the phase of “informal weaning necessary for the integration of the immigrant” (of which the learning of the Italian language is part) says among other things: “an objective that the Center sets itself is to favor the recognition of the immigrant’s degree also on the national territory. (…) A large number of non-Community nationals with regular residence permits and qualifications are currently unemployed because they are not recognised as having a qualification (a striking case is that of nurses). (…) The Centre offers 360° training (sewing, cooking, labour, etc.). All this is not recognised at “official” level but the results are good: many entrepreneurs turn to us to find workers and many women and men have found a job thanks to the mediation that the Centre implements. We enjoy a good “credibility” on the territory and the networks of collaboration, both with private individuals and with institutions (Municipality, ASL, etc.), are active and productive, even if everything happens, as usual, informally” (1).

Even in the areas that are richer in initiatives, however, the opinions expressed by the companies interviewed on the activity of the counters are mostly negative or semi-positive with strong criticism.
The observation that information on the professionalism/competence of immigrants “almost never corresponds to reality” is very widespread. Compared to the Romagna area, however, the case of companies willing to deal with this problem with internal training initiatives, so to speak, in itinere seems to be more frequent. In fact, the interviewer note:
“Companies are already happy if the person is honest, the work will learn it on the spot.” In fact, this difference is probably related to the different composition of the companies surveyed in the two areas, in terms of sector of activity (greater weight of agriculture and especially of trade and hotel activities in Romagna; increased presence of manufacturing activities in the Emilian areas investigated). A sign of this may be that in firms available to form, in the latter areas, the case of “entrustment” of new foreign recruits to other foreigners with greater company seniority is relatively frequent(2).

Other recurring criticisms of the counters concern relationship defects, considered serious by users who, in addition to the provision of names, require a minimum of “personalized” guarantees: “the only service provided is a list of names and it is difficult to talk to a counter operator for more detailed information and/or to have advice etc”.
Or there are reports of disruption due to poor controls (or – as some say – “bureaucratic negligence”, or “chronic disorganisation”).
“The list often includes people who are no longer available (already hired), people who have been “unemployed” for a very long time because they actually work unmanasing; when they are contacted by the company they refuse or try for a very short time and then leave. This shows that there is no proper control of what happens other than providing a list: no relationship is required to the company or the immigrant, the recruitment data are not up to date”.
Even seemingly positive assessments such as departure often end up revealing a poisonous tail.
“They are very quick to provide the list to those who request it (…); the fact remains that then it is up to the company to identify or guess the right person, perhaps after hours of phone calls”.
There are also entrepreneurs who even claim that they have never received a response to their many requests.
The fact is that here too the most efficient and reliable form of recruitment of employers seems to be the one that follows the immigrant’s personal appointment in the company, with a curriculum and/or better if accompanied by some acquaintance or another foreigner already hired “who offer a certain guarantee”.

As an alternative to this method, there is an increasing use of service agencies providing temporary work, although for the time being this solution seems to be practised mainly by larger companies.
A medium-sized engineering company in Piacentino, for example, states that about 90% of non-EU immigrants (out of a total of 30 in recent years) have been rented “for rent” by temporary employment companies, the remaining 10% have been recruited through presentation of the immigrant himself to the company and/or by known persons.
The advantages that this offers according to the respondents can be summarized as follows:

In some cases detected, companies have even started with these services projects aimed at “stabilizing” shares of foreign workers by making available – with the help of both parties (agency and company) – ad hoc housing solutions. Finally, it should be recorded for the record that “many non-COMMUNITY” are addressed to the aforementioned agencies by the Employment Center itself.