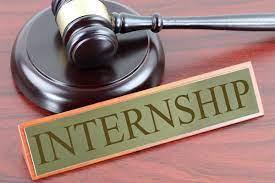 The first detail that is striking, reviewing the results of this second set of interviews with companies, is the clear preponderance, in all the territorial areas considered, of positive assessments of the training experiences hosted, which in many cases recorded by the interviewers (and probably in others with respect to which this is not noted) subsequently resulted in permanent recruitment.
In this regard, one observation seems significant: in almost all cases in respect of which the interviewer has recorded the non-recruitment of the workers hosted for the internship, the company justifies the fact not with arguments about the ability to work or the adequacy of the preparation of the subjects in question (aspects on which, as will be said, not a few respondents object, without making it a reason for exclusion) , but for reasons:

(a) behavioural (“poor education”, “difficulties in relations with work colleagues”, “inability to fit into the environment”, “emotional instability”, “lack of punctuality” and the like);
b) linked to objective deficiencies in basic culture (first of all, for the frequency with which it occurs, too little knowledge of the Italian language);
(c) imposed – despite the fact that they were workers whose services were considered satisfactory by the company – by negative customer reactions (“customers, being of a certain age, do not like non-COMMUNITY meat handlers”, argues, for example, the manager of a supermarket, who for this reason is said to be forced to limit the use of foreign labour to tasks that do not involve direct contact with the public).

Finally, in a number of cases, the workers who have completed the training period are no longer in the company – says what the interviewer calls “a somewhat annoyed owner” “because there is no shortage of work in us, they know it, and they change companies not because they are ill but sometimes for a thousand more lire”.
The fact is that – as has been said – there are very few cases in which the declared reason for not hiring is a deficiency attributable to the training course, or at least, in general, the inability to carry out the required tasks; while the positive assessments of the internship experience are almost generalized.
The fact that in this respect there are no significant differences between the different areas (although of course there are still the background ones detected by analysing the initial interviews and the first group of interviews with companies) seems to be due to two circumstances, both of which can be highlighted on the basis of the interviews themselves:

One of the interesting results of the convergence of these circumstances is the widespread willingness of the firms interviewed not to go too far in assessing the quality of training received by interns, evidenced by the fact that opinions on this experience remain positive despite the fact that , as has been said, many detect inadequacies in this regard.
The recurrent form in which respondents resolve this apparent contradiction once again highlights the differences between the two groups of interviews, and seems to support the general hypothesis set out in the introductory part of this chapter.
“These courses are a way of ensuring basic qualification, i.e. they make it easier to train people at work.”
“The person had acquired partial skills. The rest has been integrated into the company.”
“He had acquired skills, but he was hired mainly for commitment and motivation.”
“He wasn’t very trained, but he’s so good that I keep him. Work is learned at work.”
“Time and practice are the real masters.”

In essence, companies argue that training is certainly a privileged channel and that internship is an important moment, but essentially because it allows the company to evaluate motivation and commitment. The fact that these are ultimately the main elements that determine the decision to take on necessarily implies, however, that these enterprises – which are no longer seeking only simple labour among immigrants – have entered into the order of ideas to assume themselves, so to speak, a partnership function in the development of training courses.
Many of them seem to be asking training providers above all to “provide the trainee, in addition to the basic knowledge relating to the profession he or she will carry out, with knowledge of the behaviour to be taken at the workplace: respect for the timetables, the tasks to be carried out and the necessary time, etc. (…) so that together with practical skills can also develop a “mentality” of work and in this the internship is really very useful”.
Moreover, as has already been said, everyone insists that the training period in the classroom must give great importance to the assessment of good language comprehension skills: “often, for fear of making a bad impression, they say that they understand when perhaps the operation of a machine is explained to them, but this is not always the case and this can cause accidents (1)”.
With regard to the comments specifically concerning the internship, excluding those relating to the qualities or demerits of individual participating workers, the most common concerns the duration of the experience, which many companies consider too short. Most motivate this opinion with considerations related to the training problem, in the own sense (the need to give more weight to the practical, application, part of the training path, which derives from the conviction, as we have seen, that “work is really learned by doing it” and that “it is worth more a day in production than a week of simulation in the classroom”).
However, interviews in which the need for longer duration is rather linked to the consideration that “many things are learned in the classroom, but the logic is still that of school, not factory” (“sometimes they have behaviors that do not make sense: for example they take too long breaks”; “they have to understand that they are not school when they do the internship”).
Finally, in some interviews it is made clear that there is a need for more time to better assess interns with a view to hiring in the company.

Latest notes: in almost all cases, the companies where the internships are carried out have been found and contacted by the training institutions, They report that they have not encountered much waste, and that the prospect is indeed that of a possible increasing dissemination of this type of experience, increasing the resources available for this purpose: which would also encourage a progressive refinement of methodologies and the development/experimentation of more appropriate organizational and operational models, taking into account the specific characteristics – of various kinds and nature – of immigrant workers and the relationships that are established above all in the initial stages of their insertion into work contexts.
The importance of taking rapid steps in this direction is, moreover, confirmed by a number of factors which have emerged in the course of this research. It is significant that almost all companies in the second group (even those which did not consider the first internship experience to be entirely satisfactory) declare themselves willing to repeat the experience and to employ more experienced (sometimes even foreign) company employees in tutorship functions for this purpose(2).
But similar requirements (rationalization, so to speak, of the mechanisms for training and hiring a type of labour which we now know we cannot do without) are having to emerge and give meaning to other behaviours detected. For example, we review what has emerged about the growing tendency of companies to turn to agencies providing temporary work, and above all about the way in which this relationship is taking place. Even, on the face of it, the reasons given by those who claim to prefer direct recruitment (on presentation of the person in the company, or by “word of word”), and above all the methods of “management” of the first contact and the phase of insertion that often characterize them (use of foreign workers as a “filter” at the entrance and subsequently as “control” of behaviors), suggest a situation in which the search for regulatory and control mechanisms (both quantitative and the mere re-rely on “spontaneity” based on the certainty of being able to draw on a virtually inexhaustible supply tank.3

In the light of the information produced by the research and the considerations developed in this regard, the delays observed at institutional level during the “background” survey therefore appear all the more dangerous inso far as they may suggest a still lack of awareness of the state of progress of the “migration issue”, the importance it is assuming as a balancing factor in an increasing number of segments of the labour market and the urgency of measures to ensure the availability of the necessary resources and skills. to intervene appropriately (and coordinatedly) on the whole arc of problems that are connected with all this (among which the housing and training ones stand out in importance and urgency, with dimensions that increase – among other things – with the increase in the number of family reunifications). Finally, to supplement this report, the main results of interviews with workers on the experience of using counters and training courses should be examined.