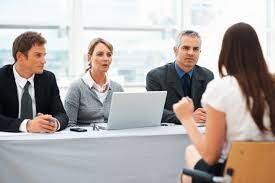 There are a total of 30 foreign workers interviewed, all employed. Of these, 5 found work through the counter, 1 through an interim employment agency (and subsequently permanently hired), 21 were hired after an internship and three showed up directly at the company.
The range of nationalities is extremely wide (14 countries), but only four of them are represented in the group by several people: in order: Senegal (8 workers, all with training experience); Albania (5, only one former intern and another with counter experience; the remaining three “self-presented”); Morocco (4, all former interns) and Tunisia (3, two of them former interns and one employed through an interim employment agency). Of the remaining 10 workers, the four who have only counter-door experience are an Ethiopic, a Congolese, an Ecuadorian and a native of Côte d’Ivoire; the other 6, all former interns, come from Peru, Burkina Faso, Brazil, Eritrea, Cameroon and Pakistan.
The range of work activities carried out is also very wide.
Although, in fact, those employed in engineering enterprises are the largest group (14 out of 30 interviewees), the other respondents are placed as follows: food industry (2); construction (3); cooperative of warehouse services and goods handling (1); electromechanical industry (1); bakery and pasta factory (1); cleaning and maintenance company green areas (1); cooperative of services to people (2); IT services company (1); social cooperative for the reintegration of prisoners (1); agricultural holding (1); training institution (1); language mediation activities at a school (1).
The figure for the total number of employees in the companies in which the interviewees work – although expressly requested – is not always recorded. The interviews showing it (just over half) show that the majority are employed in medium- or small-sized enterprises, with a preponderance of the former in manufacturing or construction. Only known exceptions are the named cooperatives, warehouse services and services to people (exceeding – respectively – 400 and 800 employees).

Another information to be drawn from those interviews is that the presence of foreign employees in many of these companies (particularly in manufacturing, construction and service cooperatives) (1) already seems to be significantly higher, as a percentage of the total number of employees, than the proportion of foreign residents in the total number of residents in the areas of establishment of the companies themselves. It must be said, however, that not all these workers plan to settle permanently or for many years in Italy: indeed, it is precisely the awareness – based on experience – of the relative ease of finding work that seems to support this attitude, particularly among those who – with residence permits – come from neighbouring countries or at least reachable without excessive expense.
Among our interviewees themselves this in some cases (significantly, especially Albanians) it became clear: “I work here about 8 months every year, but in the winter I return to Albania, where my family remained. The cost of living here is too high, and I would have to keep 3 children and my mother. Then, since I work in Italy I have managed to build a house and buy some land, and when I return in winter they consider me a gentleman”.
Or, from a different angle: “The training and the internship were very useful. I learned the basics of a tra[saldatore N.D.R.]de, although I think they then hired me mainly for commitment and will. I feel good in the factory now. There are some health problems, as an environment, but I have good relations with colleagues. But I don’t think I bring wife and children here because there are no houses, a lot of people outside despise you and even the services are not good for us, even if they need our work. I would rather save some money and work in Senegal with what I have learned.”
Many more, on the contrary, declare long-term if not definitive projects, although they often point to uncomfortable reasons similar to those and some fear at the idea of the additional problems that arise when the family arrives (if they do not already have it here).

Compared with the usefulness of using over-the-counter services to find work, in general the most frequent attitude – based on experiences repeated on several occasions – is one of scepticism(2). Some, indeed, take the opportunity from this question to make negative (in some cases even sharp) judgments about Italian services in general, about the poor linguistic knowledge of employees (“many of us speak at least two languages, yet we often fail to make ourselves understood in the offices … “), about their lack of patience, availability, courtesy, but above all precision (“when I was in France, even there was no lack of contempt, but the information they gave me in the offices was correct”, says a Tunisian; apparently more benevolent than a Senegalese worker: “yet it would be in your interest to treat us well. Many bosses seem to have understood this and also in training courses, but the employees at the counters do not”) (3).
Returning to the subject of counters, the proof of what has been said about the predominantly sceptical attitude to this is the fact that many people do not seem to even know its existence, which sounds decidedly strange to anyone with a minimum of experience of the very dense exchange of information (even very detailed and minute) that takes place between immigrants, which often reveals a much more up-to-date knowledge than that of many Italians of aspects of the country’s administrative and bureaucratic system.
Certainly, however, here too the mistrust that is evident from the criticisms (in fact very similar, when not coincident, to those expressed by companies) towards the counters has as its counterpart the clear option for direct research, or by word of word, of work, and in the alternative because it is less widespread as a mode, but by many remembered as an efficient solution (on the basis of experiences of one’s own or others) , the use of agencies providing temporary work (4).

The unanimity of the satisfaction which workers also express towards training and internship experiences in the company is therefore perfectly consistent. Everyone considered the internship positively and were immediately available – unlike the previous ones – to be interviewed, even if the communication difficulties already reported, due to the lack of knowledge of the language by many (5).
Some considerations concern organizational aspects which interns consider essential (e.g. punctuality in the payment of the attendance allowance, which some would even wish, at least in part, to be anticipated “to allow trainees to carry on” without defections that would otherwise be almost inevitable); others concern the need for supervision (by tutors outside the host company, above all) in order to avoid the risk of the internship becoming a way of providing the company with free labour, or that interns are employed in marginal tasks.
A few further notations are still worth taking it back, by way of conclusion. In support of the views expressed by companies, for example, there are many former interns who, while appreciating the training received in the classroom, acknowledge that work is something else from training and that they are aware that they have been recruited mainly because of the goodwill or willingness to learn demonstrated. Indeed, some say that they have been aware, throughout the internship, “that they have been observed and evaluated above all for commitment and goodwill rather than for skills” (6).
However, this does not seem to result in an underestimation of the importance of acquiring better professional skills. At present, however, that element seems to be assessed by these workers more in terms of what it entails in terms of greater opportunities to find more advantageous jobs in terms of wages on the labour market than as a way of increasing their contractual strength for career purposes and greater stability in the company in which they work.
An indication that emerges strongly from all the interviews is the need for adequate in-depth analysis on this particular point, aimed for example at understanding whether it is a phenomenon so to speak “phase” (i.e. determined by the fact that there is a first generation of migrants largely present in Italy for less than ten years) or a more structural nature , a migration movement that is in itself part of processes of marked change, involving labour market structures, employment structures and contractual regimes.

(1) But also in others: e.g. the appointed pasta factory is used 4 foreigners out of 6 total employees, and the farm employs only foreigners.
(2) “Someone has been enrolled for years in the placement without ever being called, because preceded by names of people who are not actually available but who “took away” opportunities from those who would have liked to work (the usual problem of the lack of up-to-date data). No initial check and/or verification is made of what is declared by the immigrant and so even after taking no monitoring of how things went. In fact, the immigrant’s only contact with the counter is at the time of registration (and for some the preparation of the curriculum): then wait to be called.” (from the local report on Romagna).
(3) However, the majority of respondents – the interviewers warn – are far from daring to reach such levels of frankness. Partly out of obvious caution (“I noticed that they are still very distrustful”, it is said in one area report, and in another “there was a kind of fear, overcome only by the fact that they could feel guaranteed by the “knowledge of acquaintances”, or they knew me personally.
(4) As has already been said, the growth in the number of foreign start-ups has been confirmed by all the agencies contacted. The local manager of one of these told the interviewer, among other things, that the cgil desk itself sometimes directs contacted workers from them.
(5) In several cases, however, the companies themselves allowed the interview to take place during working hours. Beyond the expressions of approval, however, there are no really new elements with regard to the topics already seen in the part relating to companies.
(6) Linked to this fairly widespread belief, it can perhaps be considered an attitude that interviewers call “concern to protect the image of the immigrant within the company”, and which – it is recorded in a local report – “in case of need can also lead to the removal of a companion in the smell of trouble”.