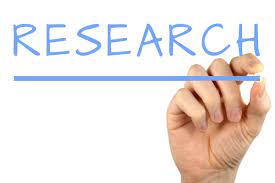 Moving within that problematic field, the pilot group of this research has therefore devoted some meetings, in the approach phase, to the discussion of the concept of work experience, the definition of which is neither unambiguous nor without gaps in the available texts dealing with the subject, much less in the documentation of various institutional origin (Italian and Community) in which the term appears.

Looking at the material available and on the basis of the knowledge available on the subject from the (undetened) literature on the work of immigrants, it became clear that it was difficult to define a priori – with respect to the development of field surveys – the exact boundaries within which the concept can be used to analyse and evaluate practices already underway in the regional context.
On the basis of these considerations, the working party finally considered it appropriate to take as a research framework the regional document entitled Additional Programming for Objective 3 ESF, in which the different possible ways of working experience are listed as follows:

In this way, having limited the subject matter of the research in the hypothesis, a first phase of contact and exploration in the field has developed, aimed at detecting the data necessary to outline the background framework within which the survey work proper would be organized and carried out.
This phase took the form of a series of guided interviews with representatives of bodies and associations who found that they had activated experiences relevant to the subject of the survey; it may be useful to clarify that the interlocutors were public and private bodies, but that these do not include – although this was originally assumed – immigrant associations, which were not very active on issues related to the work sphere, even limited to the circle of their associates.
In concrete terms, at this stage, 15 interviews were interviewed (of lasting variable and with different results of in-depth analysis): an official of the regional administration, 9 officials of the Employment Centres of the different provinces and 5 operators of training centers who activated work experiences.

From the recordings of the interviews and from the material collected on these occasions, it was possible for the coordination group to obtain – as proposed – a more precise picture of the regional situation with regard to the problem, and above all indications of merit which were valuable both for the development of the survey tools to be used in the field work (grids and structure of the planned semi-structured interviews) and for the identification of the subjects to be interviewed (immigrant workers whose employment was the result of actions included in the typology above; companies in which such insertions had occurred). Moreover, as will be seen better in the following pages, following the information collected during the background survey, the list of meanings now attributable to the concept of work experience on the basis of concrete experiences already analyzed and evaluateable in the region appeared narrower than the aforementioned typology.

In essence, this has led to the priority, in the field survey activity, of only two types of work experiences: internships organized in the context of training activities and information desks.In fact, the background survey, as mentioned, has shown that the other types of experience have so far been involved to an absolutely marginal extent, and therefore not assessable for operational purposes, immigrant workers.1
A total of 90 interviews were conducted on the basis of the grids thus elaborated: 60 to companies that hosted work experiences related to immigrant subjects, 30 to workers who were protagonists of these experiences.
Since, as has been said, these are semi-structured interviews, a choice which does not provide for statistical processing of the information produced, each operator involved in the survey also sent to the coordination group, together with the completed sheets, a short activity report containing useful elements for an analytical reading of the data sheets.

Finally, it seems appropriate to stress an implication of what has been set out in this paragraph. The sample thus identified has no claim to be considered statistically significant, for several reasons. Firstly, because, as we have seen, the types of work experience that can be effectively detected and evaluateed within the regional framework are so far only 2 of the 6 listed in the regional document taken as a reference framework; secondly, because this has in fact led to a narrowing of the field of observation also in territorial terms, since both the persons and the companies identified for the interviews have been mainly concentrated in some provinces or parts of them, (which also emerges – in general – if we consider the data relating to the distribution of immigrant presences in the regional territory).
Finally, we must not forget a fundamental reason: the migration process affecting this regional context, even if we limit observation to the relational sphere of work alone, is a story that is far from complete and even less exhausted, as we have seen even quickly in the introductory pages. It is not in fact, but above all – as also highlighted in this research – it is even less so when one wonders about the degree of knowledge of the phenomenon (as well as the elaboration and effective experimentation of tools and procedures appropriate to manage the related problems) that the very context of landing (at social, cultural and institutional level) has reached, except for some experiences that will be reported in the following pages of the report.

The group directly involved in the different parts of the research was composed as follows:

For the purposes of both the search for a “background” (guided interviews with officials and operators) and interviews with companies and workers, the regional territory had been divided into three areas, each of which was entrusted – for field work – to one of the three detectors mentioned above:
a) Ravenna, Forlì, Ferrara, Rimini;
b) Bologna, Modena, Parma;
c) Piacenza, Reggio Emilia.

In practice, as has already been mentioned, the companies indicated by the various information sources used (which will be mentioned below) were located – excluding all cases where the information was not accurate or the interview was not possible – in much more limited areas.