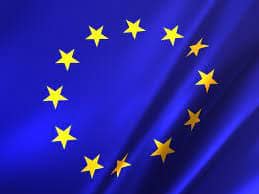 In Italy, since 1998, there has been legislation recogniseing on racial, ethnic, national or religious grounds and providing for the possibility of civil action against such discrimination.
The document presented here sets out the main lines of the two directives issued by the Council of Europe: Directive 2000/43/EC, which implements the principle of equal treatment for persons irrespective of race and ethnic origin, and Directive 2000/78/EC, which establishes a general framework for equal treatment in employment and working conditions. In addition, the document contains a brief AnnualRep2003_it of the Community action programme to combat discrimination (2001-2006).
In the 2003 Annual Report on Equality and Non-Discrimination.Towards diversity, from the European Commission on Employment and Social Affairs, the European Commission’s efforts to achieve racial equality and non-discrimination (equal opportunities at work and access to education, public and private services; combating discrimination based on religion, age, sexual orientation and disability) were illustrated. To this end, a Community action programme has been launched up to 2006; this programme, aimed at combating discrimination, provides for the granting of training initiatives/activities, the exchange of information and awareness-raising on new rights and obligations. The report consists of two parts: the first part (the directives on racial discrimination and equal treatment in employment) provides an analysis of the current situation and draws attention to measures considered examples of good practice; the second part focuses on the Community action programme to combat discrimination (2001-2006).